From Humble Beginnings: The First Generation

With 2020 marking the 100th anniversary of the founding of CG Schmidt, we wanted to take the time to reflect on the long journey our company has taken to becoming one of the Midwest’s largest and most respected construction management firms. This is a multi-part series, focusing on each generation of the Schmidt family leadership. We hope you enjoy this look into our past and come back for the rest of the story. 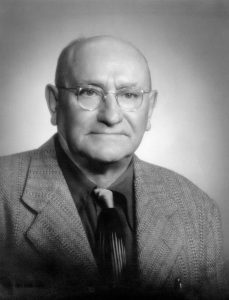 Charles Schmidt knew the value of a name; after all, when he came to Milwaukee as a Dutch immigrant, he didn’t bring much else with him. He was nicknamed “Bulldog” because of his broad shoulders and his no-nonsense personality suggested something more colorful. Charles was so strong that he could bend a five-inch nail with the fingers of one hand—a feat guaranteed to impress the neighborhood kids.

He was an immigrant, like so many Americans before and since his time. In 1904 Charles Schmidt sailed from his native Holland on the SS Zeeland, bound for New York and a new life. Charles started in Kansas City, where he married a Belgian woman named Lena Hefoer in 1906. Two years later, the couple welcomed their first son – Charles Jr. – while they were living in Davenport, Iowa, just before making their permanent home in Milwaukee. At that time, Milwaukee was an industrial city of 350,000 people – many of whom were immigrants like Charles and Lena.

LAYING DOWN ROOTS IN MILWAUKEE

Charles found a job at the Schlitz brewery, home of “the beer that made Milwaukee famous.” Working on the maintenance crew, he learned a variety of skills, including masonry. In 1920, 35 years old and the father of five, Charles Schmidt decided to apply those skills to a business of his own. Working out of his North Side home, he sought concrete jobs wherever he could find them. Sidewalks were his specialty, but Charles also laid block for basements, garages and chimneys. Although he was hardly the only freelance mason in town, the business prospered, and soon it was large enough to support the next generation. In 1927, the venture was renamed “Charles Schmidt & Son.”

The images below show Charles’ ledger where he kept track of materials and pricing for his concrete jobs.

The note below confirms that William Puls paid $550 in full on December 28, 1928 for a residential concrete project at that time – this would be the equivalent of $8,200 today.

Charles Schmidt & Son Construction promised quality construction, built with integrity and caring. Little did he know, Charles was laying the groundwork and defining the values that would endure for the company’s next 100 years.