Since the 1970s, CG Schmidt has been building more than buildings in Madison, we’ve built a legacy. Read the story of our Madison team, more than 35 years in the making.

For generations, CG Schmidt has been known for our strong ties to the greater Milwaukee area, dating back to our founding days in the early 1920s when Charles Schmidt Sr. would walk the streets of Milwaukee offering to replace wooden sidewalks with concrete. And while in later years our company has become increasingly well known for our projects in the greater Madison area, our Madison roots actually go back quite a bit further than most would suspect. It was in the mid-1970s that Richard Schmidt Sr. completed the firm’s first recorded project in the area: construction of the $2.1 M (approximately $11 M in 2020 dollars) Yahara Center for the Adult Christian Education Foundation, completed in 1976. While the Center as Charles built it no longer stands, portions of this project can still be seen in the current Madison Country Day School, which purchased the property in 1997.

Though much of CG Schmidt’s focus over the subsequent two decades would remain in the Milwaukee region, building some of the city’s most iconic projects, the firm never truly left Madison and continued to work in the area, including construction the sprawling 15-acre development of the Attic Angel Community assisted living center and 218,000-square-foot adjoining parking garage on Madison’s west side in the 1990s. Yet in spite of the company’s long history in the area, it wasn’t until 2006 that CG Schmidt would make firm their commitment to the Madison market, opening a storefront office in downtown Madison.

It didn’t take long for CG Schmidt to make their mark in Wisconsin’s Capital City either, quickly landing a $60 million contract to renovate and modernize the Monroe Clinic in nearby Green County in 2007, and in 2009 beginning construction on what would be one of CG Schmidt’s largest and most well recognized Madison projects: construction of the $96 million, 313,000-square-foot Union South building for the University of Wisconsin – Madison. This key campus hub demonstrated not just the quality of CG Schmidt’s work, but also that the firm had the capability to be a major player in the Madison market. The new LEED Gold Union South building opened (under budget) to much acclaim, earning awards for quality, innovation, and for meeting lofty sustainability and local / diverse inclusion goals, including an award of accolade from the Wisconsin Department of Administration for exceeding the mandated MBE participation on the project by 300%. 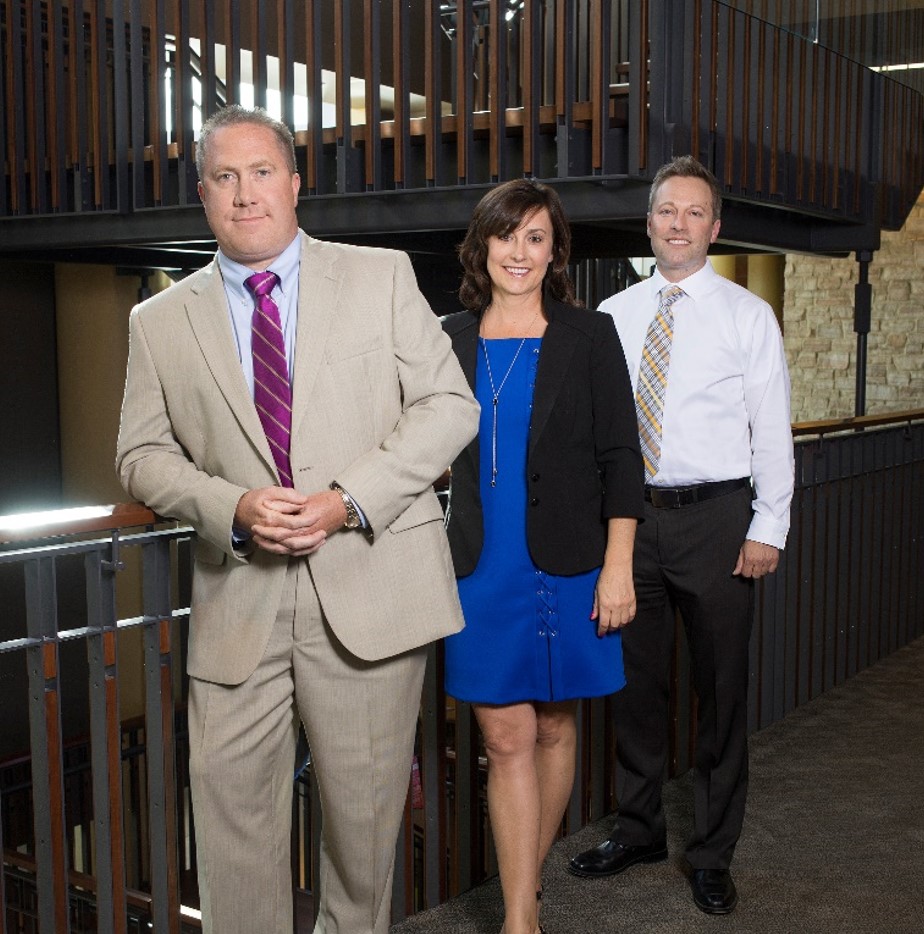 The company leadership capitalized on the momentum built by the Union South project to continue to invest in their Madison operations, hiring the first of many Madison-based project managers in 2010.  But the fledgling office really solidified as a bona fide Madison contender with the addition of Sarah Dunn to lead business development and client relations later that year. Sarah’s extensive involvement in the local community, along with her professional background in healthcare and commercial real estate and development, proved to be instrumental in growing the firm’s footprint and forging the key partnerships necessary for long-term success.

The Madison office got another such push in 2011 when CG Schmidt co-owner, Eric Schmidt, relocated to Madison from Milwaukee to head day-to-day operations of the team. Eric was already well known in the industry in Milwaukee for his management of signature projects like the world-renowned addition to the Milwaukee Art Museum and under the leadership of Sarah and Eric, business for the office — and the office itself — quickly expanded, growing not just in Madison, but expanding heavily into neighboring counties and as far into northern Wisconsin.

The 313,000-square-foot, LEED Gold Union South building at the University of Wisconsin – Madison.

Over the next few years the firm would complete a slew of projects for some of the region’s top companies and organizations, including Spectrum Brands, American Family Insurance, WEA Member Trust, Hovde Properties, CUNA Mutual Group, UW Health, EVCO Plastics, the Henry Vilas Zoo, GE Healthcare, the Edgewater Hotel, and a number of additional projects for the University of Wisconsin – Madison, among many others. In the public sector, the Madison office quickly cemented CG Schmidt as one of the area’s top builders in the K-12 public education market, partnering with more than a dozen regional school districts in less than ten years.

One of the most visible and noteworthy projects completed by the Madison team was the construction of the new St. Paul University Catholic Center on State Street, replacing the Brutalist structure that had dominated the block since the 1960s. This project would demonstrate the team’s willingness to going well above and beyond a typical general contractor for our clients, with years of preconstruction and fundraising support before breaking ground in 2015, even driving to Nebraska to pick up a 4,000 lb., 20′-wide piece sample of the precast concrete exterior to obtain approval from the Design Committee. Completed in 2017, the new student center stands as a testament to the drive and commitment of the Madison team.

GETTING READY FOR THE FUTURE

2018 and 2019 saw a number of changes and milestones for our Madison office. To accommodate the firm’s substantial growth, in 2018 the office was relocated from the far west side of Madison in the UW Research Park, to the Capitol Square. In 2019, both Sarah Dunn and Dan Chovanec, the office’s Operations Executive, were named vice presidents of the firm. With several consecutive years of record-setting sales numbers and the long-term viability of the office secure – a feat that earned Eric the title of “Executive of the Year” from In Business Magazine in 2016 — in 2019, Eric Schmidt, now senior vice president, transitioned day-to-day leadership of the office to Dan Chovanec and relocated back to Milwaukee to lead company-wide innovation and expansion efforts. The same year, the company announced that after an exhaustive search beginning in 2016, they had located an ideal property to purchase and renovate to serve as a permanent Madison office. 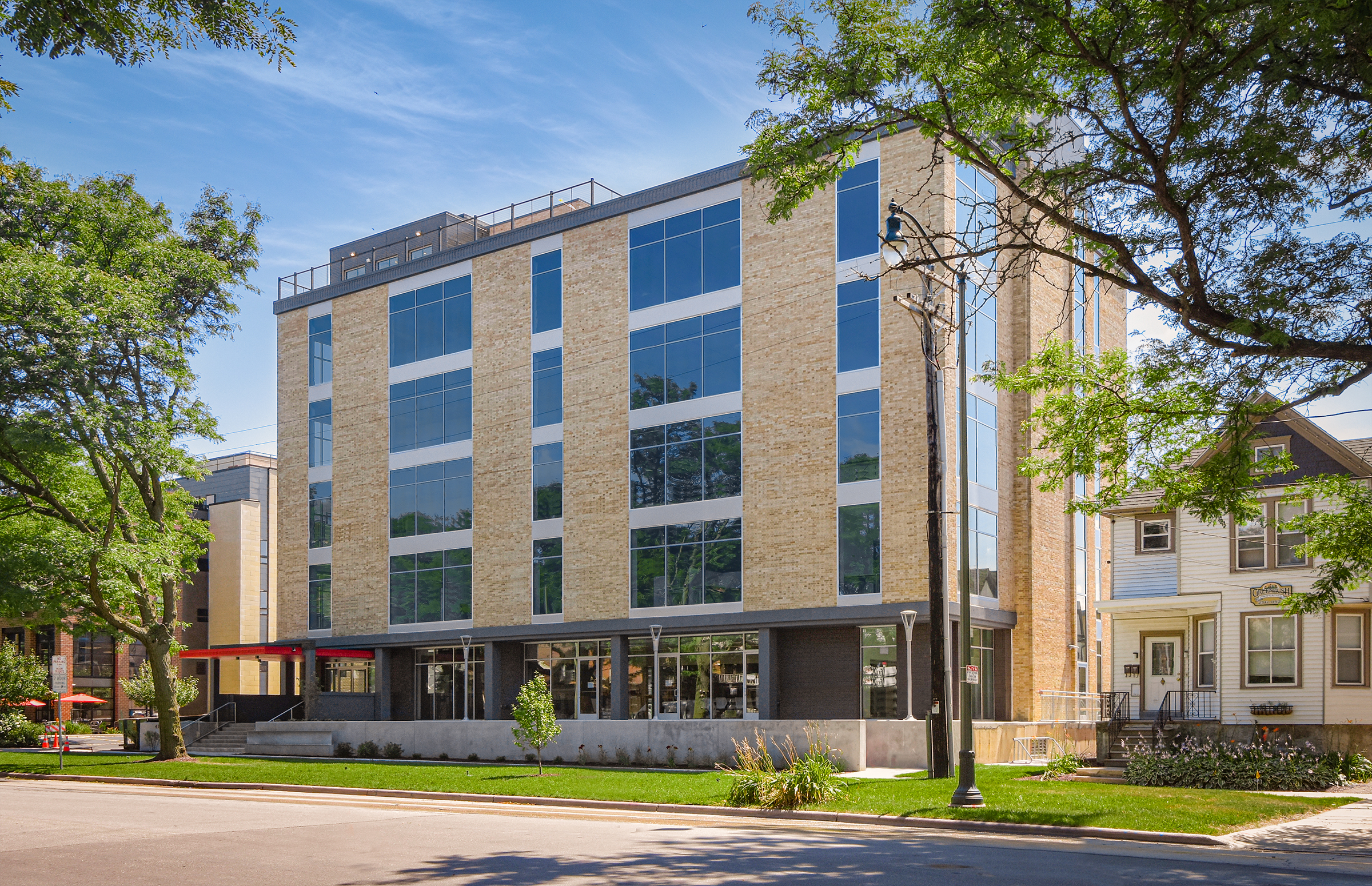 The building, located at 433 West Washington Avenue near the Capitol Square, had been derelict for several years and badly in need of repair. Yet rather than build a new building on a greenfield site, arguably a much easier route to take, the decision was made that CG Schmidt wanted to be seen as not just another construction company looking to capitalize on a burgeoning market, but one committed to the growth and revitalization of the city itself. Bringing a dilapidated building back to life was the perfect way to show that CG Schmidt saw itself as part of the community — now one that paid property taxes directly to Madison. Construction on the office began in fall of 2019 and was completed in summer of the following year, coinciding with the firm’s 100th anniversary since its inception as Charles Schmidt & Sons in 1920.

The Madison team in action — in the field, in the office, and in the community.

Over the course of the last decade, CG Schmidt’s Madison office has changed dramatically; from renting a small storefront office with four Madison-based employees, to owning their own building, with a robust team of dozens of full-time employees spanning a number of disciplines, and a diverse portfolio of projects across the state. Their success where so many other firms have failed to gain a foothold is a testament not just to the drive and determination of the team, but to the culture and focus on caring that have made CG Schmidt Wisconsin’s trusted building partner for 100 years. And as the team is quick to tell you, the best is yet to come.