As CG Schmidt is poised to start its second century of building in the Midwest, we take a look into our past to recognize the late Harvey Peterson, one of the giants and true pioneers of the construction industry, and his impact on CG Schmidt and the nation.

There is a tendency in the most industries, and certainly construction, to focus strictly on the new and novel for the sake of innovation. As every company looks to improve their processes and gain a competitive edge, it’s easy to see why. Certainly CG Schmidt is no exception; much of the news from our company has focused on new and innovative approaches to technology, sustainability, delivery methods, and safety. Yet every now and then, we must pause and reflect on the innovators of yesterday; the forward-thinking men and women who not only built buildings, but helped build the foundation of the industry itself. As we approach the final month of 2020, marking CG Schmidt’s 100th year of business, we want to reflect on one such pioneer who helped put CG Schmidt at the forefront of safety leadership and innovation for more than forty years, setting a standard that we carry on to this day: the late, great Harvey Peterson. 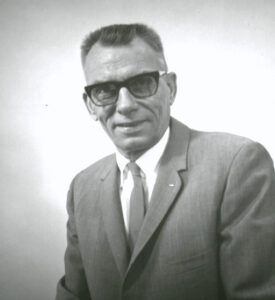 Harvey L. Peterson was born on July 24, 1916 in Camp Douglas, Wisconsin. At the age of 18, he joined what was then known as Charles Schmidt and Sons Construction as a carpenter, earning a whopping 50 cents an hour, eventually reaching the rank of journeyman. When the United States entered World War II, Harvey put his construction and carpentry skills to use for Uncle Sam, serving in the United States Naval Construction Battalions, better known as the Navy Seabees, stationed in the Northern Mariana Islands and eventually earning the rank of chief petty officer. 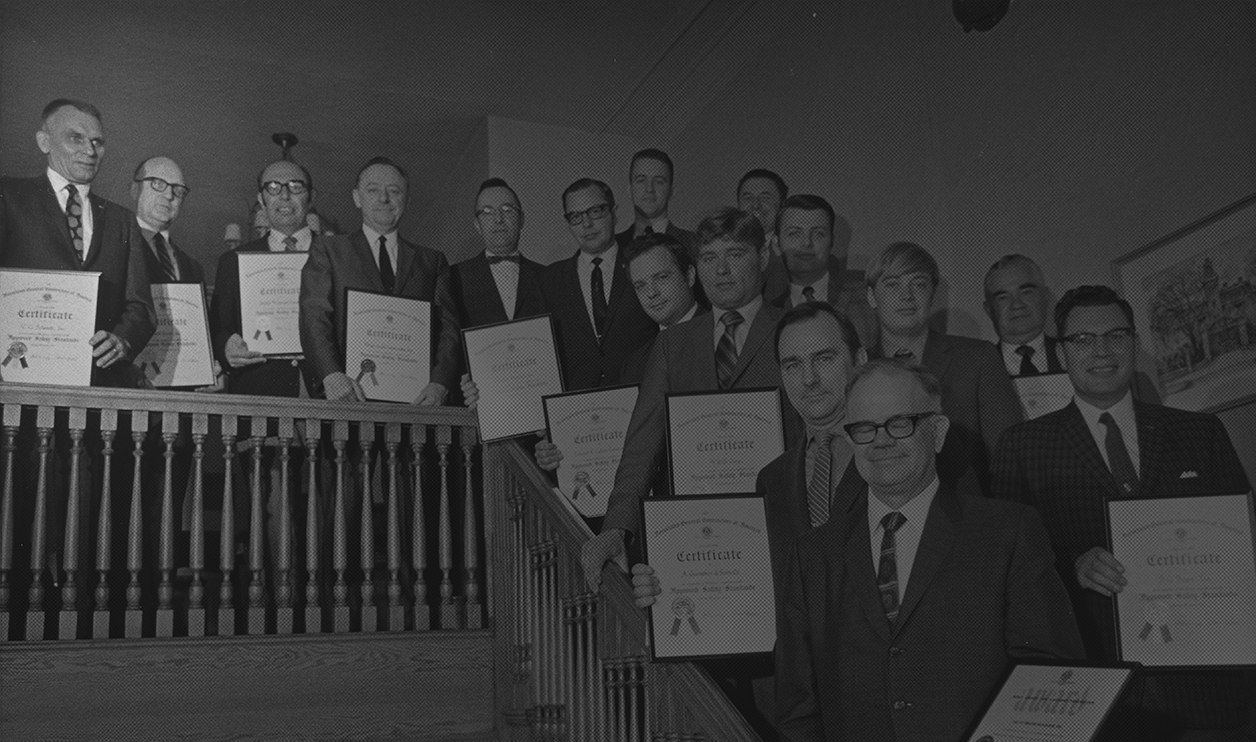 Harvey Peterson (top left) poses with other members of the Associated General Contractors Safety Council after adoption of a national set of safety standards (c. 1960s).

Following the war, Harvey rejoined the firm (now incorporated as CG Schmidt, Inc.) as a field superintendent in 1950. Almost immediately in his role, Harvey championed a number of the firm’s safety innovations, including adopting a formal safety policy based on the Wisconsin Industrial Code for Construction, widely considered to be one of the best and most stringent in the nation at the time, as well as the Corporation of Engineering Regulations. Under Harvey’s leadership, CG Schmidt began holding monthly safety meetings and weekly Craftsmen meetings for Superintendents, a practice CG Schmidt continues to this day with Safety Stand Downs and Toolbox Talks. The most notable contribution perhaps came in 1960, when CG Schmidt became the first company in the City of Milwaukee to make hard hats mandatory for all field personnel, a practice that many now take for granted. 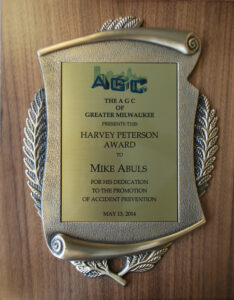 In 1952 Harvey took his passion for workplace safety to the national level, becoming a member of the National Association of Contractors (what would later become the AGC) Safety Committee, a position he would hold for the next 26 years. Harvey’s service for the NAC kept him in the national spotlight and in 1963, he partnered with the Assistant Secretary of Labor in Washington D.C. to help craft pivotal language for what would become OSHA, continuing to play a key role in its inception in 1969.

But even while Harvey helped shape the national industry’s approach to safety, he never stopped advocating for it in his own backyard. In 1968 Harvey became a founding member of the Milwaukee Construction Industry Safety Council, a body for which he served as Chairperson for 15 years and even helped coin their motto, “Safety doesn’t cost, it pays.” Never one to settle, Harvey went on to author various articles on safety and health, including chapters of the ACG of America’s Accident Prevention Manual, long considered to be the definitive text on the construction safety and health.

In the article, “Responsibility for Safety Outlined, Who Is Responsible”, Harvey’s words ring true today:

“Safety is the responsibility of everyone because everyone has a stake in safety.  In plain language, every person, regardless of position or standing, has something to gain or lose by his or her attitude toward safety.  It is an investment so to speak.  There is no room in the industry for anyone who says, ‘what do you want, production or safety?’  There is no choice, you can’t have one without the other.” 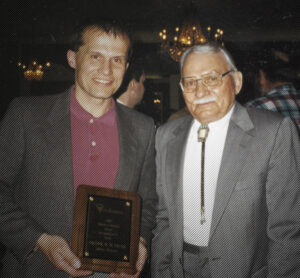 Although Harvey retired from CG Schmidt in 1979 and passed in 1999, his influence could be felt long after, continuing even to this day. In recognition of Harvey’s work with the local safety council and with OSHA, the AGC of Greater Milwaukee’s board created an award for “Safety Person of the Year,” an award which Harvey was the first recipient and one which would eventually come to bear his name. Today, the Harvey Peterson Safety Award is awarded to an individual with an “unyielding commitment to construction safety”.

And at CG Schmidt, Harvey’s philosophy towards safety continues to guide the company. Just as CG Schmidt was the first local contractor to require hard hats, CG Schmidt made the move to become the first local contractor to require new era chinstrap-secured hardhats both for our own personnel, as well as subcontractors. Adoption of SafeStart training for all employees promotes health and safety in the field, in the office and even at home, training personnel to make safety a conscious decision. Innovative approaches to safety training utilizing 3D and virtual technology have garnered national attention and widespread adoption of new harness technology and Kevlar cut-resistant gloves are tangible demonstrations of an embedded culture of safety within a firm. A culture we can thank Mr. Harvey Peterson for helping to instill.

Harvey’s culture of safety is present throughout CG Schmidt, in both visible and invisible ways.