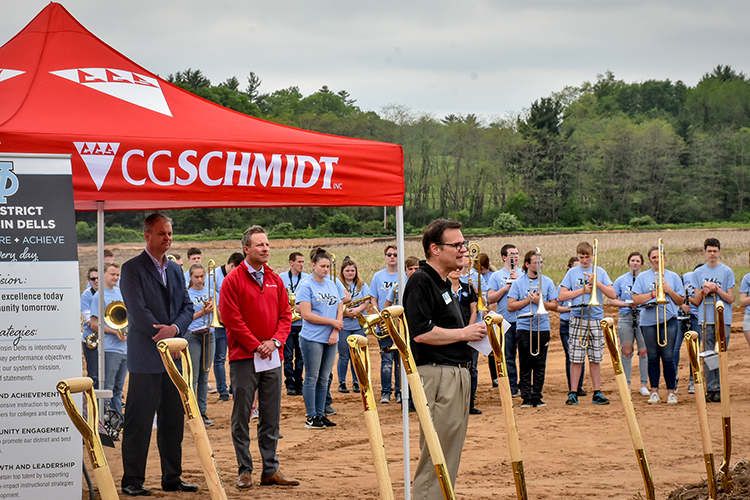 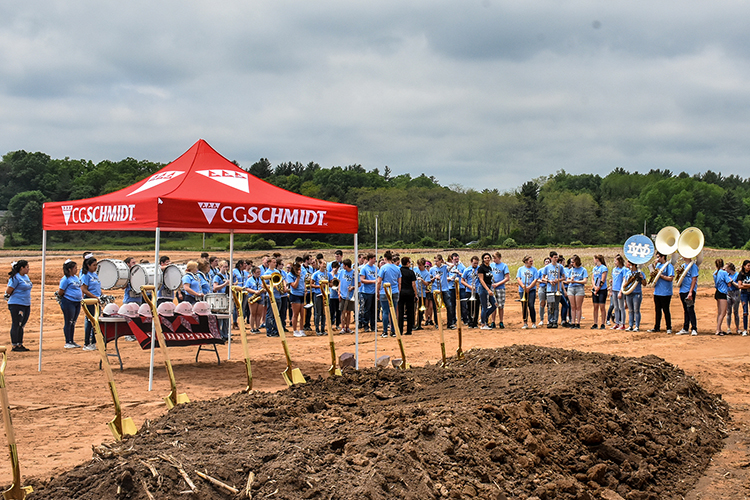 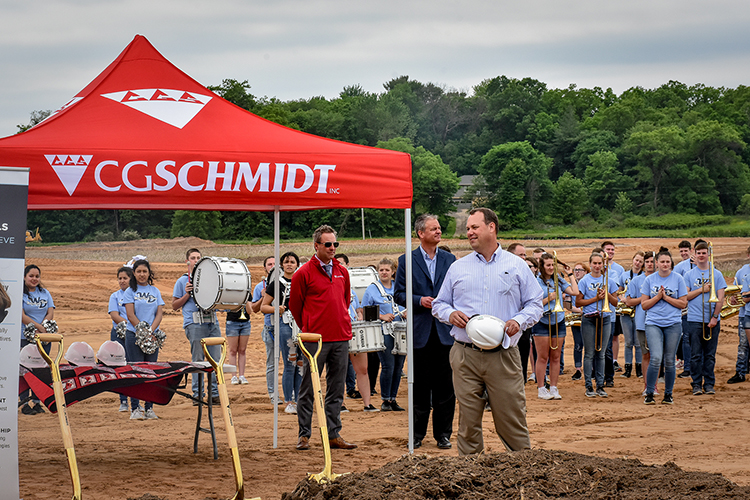 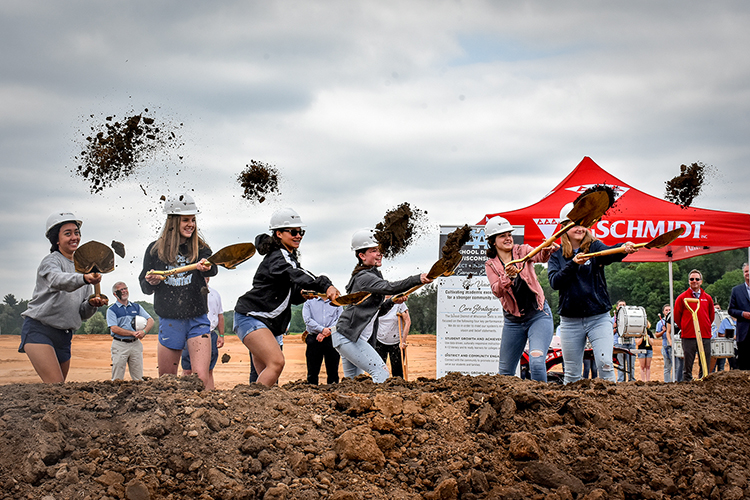 On Tuesday, June 4th, representatives from CG Schmidt, the School District of Wisconsin Dells, ADCI, and Plunkett Raysich Architects held a ceremonial groundbreaking at the site of the new Wisconsin Dells High School. Approval for the project came from a 2018 referendum, where district voters overwhelmingly voted in support of replacing the existing high school with new construction. The school will be located on the 80-acre site near Trapper’s Turn Golf Course, land donated by the local Nelson family.

Attendees were welcomed by Hugh Gaston, the Wisconsin Dells High School Principal, before being led in singing the National Anthem by members of the Wisconsin Dells High School Choir. Before the ceremonial tossing of the dirt, comments were made by Board of Education President, Dr. Jennifer Gavinski, Steven Kieckhafer of PRA, Bill Ryan of ADCE, Dan Chovanec of CG Schmidt, and Todd Nelson, who donated the land on which the school is being constructed.

Construction on the new school began in Spring of this year, and the school is scheduled to be completed in Fall of 2020.