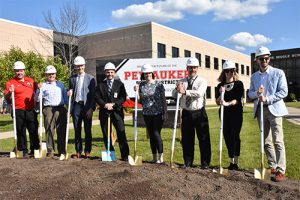 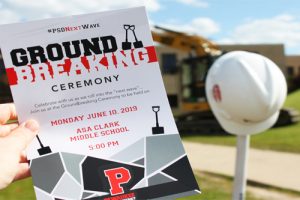 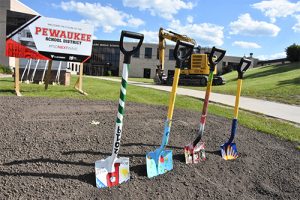 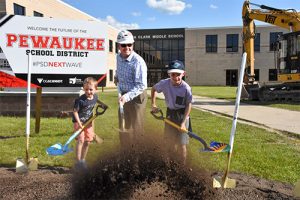 On Monday, June 10th, representatives from CG Schmidt, Pewaukee School District and Bray Architects held a ceremonial groundbreaking to kick off the referendum construction projects. Approval for the project came from a 2018 referendum, where district residents voted in support of district-wide building improvements to alleviate capacity issues due to enrollment growth.

To commemorate the groundbreaking event, students from each building decorated a shovel and led the District into the “Next Wave” for Pewaukee Schools by being the first to break ground.

Construction on the schools is scheduled to be completed in Fall of 2020.